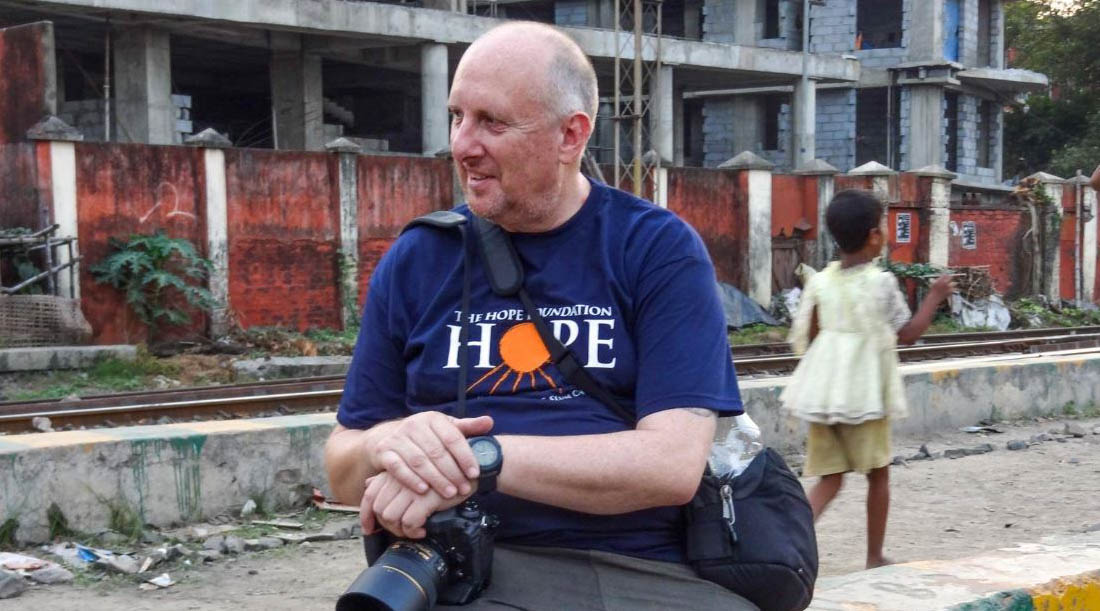 Kolkata with The Hope Foundation

Kolkata, capital of West Bengal, is the third most populated city in India, with an urban population 14.3 million, and believe me you absolutely feel it! A city of diverse lifestyles, being the principal commercial city with modern tower-blocks, hotels and businesses, alongside some of the oldest and most extensive areas of homelessness and communities that have built their homes in temporary shacks alongside the city’s canals and railway lines.

Photographing in Kolkata we capture the story of the city; the daily life of the city, market places, local streets and communities, craftsmen and the daily rituals along the river banks. The Hope Foundation work to support and provide opportunities for education and a better life for the poorest and most at risk children and families in the city.

Breakfast and introduction to documentary street photography in Kolkata. Minibus takes us Kumortuli, the potters’ quarter of Kolkata. Each evening we will meet for dinner and conversation all things photography and edit/share our day’s images. An opportunity each night for two people to go out with The Hope night patrol.

Early start minibus to Malki Ghat flower market, temple and Ghats along the Hooghly River by the city’s impressive Howrah Bridge. Return for brunch then local street photography. Evening is the same as Day 1.

Early start minibus to the vegetable market and the busy Sealdah train station. Minibus then takes us to College Street, lunch at the famous Coffee Shop then afternoon photographing the book market. Evening is the same as Day 1.

Breakfast then the Railway community, which forms part of the work that The Hope Foundation do in the city. Return for local street photography. Evening is the same as Day 1.

Breakfast then day spent visiting the local Hope Foundation projects including the hospital and lunch at The Hope Café. Afternoon editing and reviewing photographs taken over the course. Final meal together in the evening at a local restaurant.

All attendees will stay at the family run Executive Suites, rooms will be booked as part of the course booking but payable by attendee direct, please note the hotel require cash payment in local currency. The hotel also provide home cooked breakfast and evening meal for a daily fee which is added to the total individual room bill, and can organise water, beers and laundry which will be added to the attendee’s bill.

We recommend you land at least a day ahead of the first day of the course and fly out the day after the course ends.

Why not stay a little longer in Kolkata, as The Hope Foundation invites you to experience some of the world’s leading golf courses.

An opportunity to play a round of golf at two of India’s most famous golf courses; Tollygunge and Royal Calcutta. Amount payable per person in advance additional to photography course fee, hire of clubs payable locally or bring your own, and additional three nights stay at the hotel. Both Clubs are highly prestigious so smart golf wear is expected.

Rest day following the photography course, time to relax and an opportunity to explore the city, taking in some of the famous landmarks and museums.

The Tollygunge Club still has all the charm of the old Raj, with its 220 year old club house, it is ranked in the top twenty golf courses in the world.

The Royal Calcutta Club is the oldest and most prestigious golf club in India.

How to join a workshop